For the past 25 years Mactodd have been involved in the administration and support of ADEPT (Amisfield Elderly Persons Housing Trust). ADEPT has been administered under the guidance of partners of the firm and MACTODD’s own corporate Charitable Trustee.

ADEPT originated in 1979 when philanthropist David Swiffen arrived in Queenstown and purchased the site formerly occupied by the White Star Hotel (now the popular Village Green). Sharing the fruits of his investment with the Trust, a fund was established that has grown and been carefully nurtured and invested over the years into what is now a substantial investment portfolio. 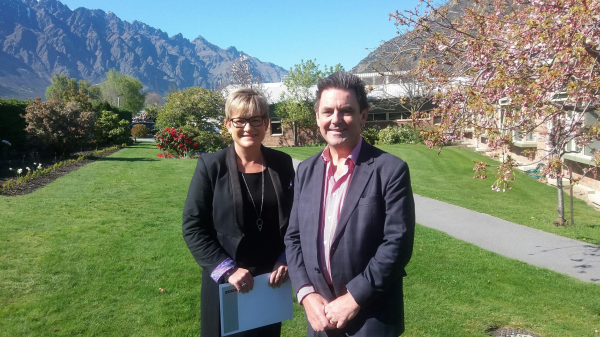 ADEPT-MACTODD Charitable Trust recently made an $80,000 donation to mark the launch of the Lakes District Hospital Foundation

Mactodd Partners Jayne Macdonald and Clark Pirie were thrilled to be part of the 2018 launch of the newly established Lakes District Hospital Foundation.

Jayne is Chair of the Foundation which has been established to enable the community to support the hospital to go beyond its immediate needs and include enhancements and additional items prioritized by the Foundation (in consultation with the community) and the SDHB.

Jayne says the Foundation is excited to be working with the DHB to build a larger vision for what we might achieve as a community to enhance and improve services we all benefit from. Of immediate focus for the Foundation are two key start-up projects – funding for a CT scanner which the Central Lakes Trust has offered its financial commitment to, and a whanau/family room, providing overnight accommodation, to support families and their loved ones who are admitted to the hospital for short-term acute care.

To mark and support the launch of the Foundation, a donation of $80,000 was made by the ADEPT-MACTODD Charitable Trust towards the provision of the Whanau/Family Room, formalizing the Trust’s early commitment towards funding the room. Speaking on behalf of the Trust, Clark Pirie said the Trust and the organisations it works with have been aware for some time of the need for a facility for a family to be near loved ones receiving short-term acute care at Lakes District Hospital. The Trust was thrilled that the DHB has accepted the need for this facility at the hospital and that the Foundation has been established as the vehicle to drive and facilitate the fundraising efforts to achieve it. He encouraged others in the community to get behind the efforts of the Foundation, its future projects and funding initiatives.