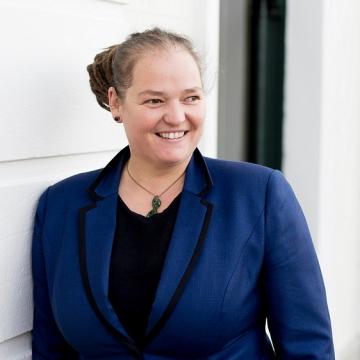 Bryony joined the firm’s litigation team in 2018 bringing several years’ experience in family and criminal law. She advocates for private and legally aided clients in both practice areas.

In the family jurisdiction, Bryony has represented parties to disputes covering all aspects of domestic life, including parenting and guardianship, paternity, care and protection of children, family violence, transgender issues, international child abduction, and relationship property. In 2016, Bryony became a Court-appointed Lawyer for Child, a specialised role with its own array of challenges and rewards.

In the criminal jurisdiction, Bryony has successfully defended a wide variety of Police and Crown prosecutions. She has also brought successful appeals in the High Court. Bryony regularly appears as a Duty Lawyer in the Queenstown and Alexandra Courts. She takes a compassionate approach to all of her work and provides robust advice while pursuing optimal outcomes for those accused and/or convicted of committing criminal, traffic, and other offences.

In her spare time, Bryony fancies herself as an amateur thespian, having appeared in local stage productions in her former hometowns of Mosgiel, Gisborne, and Amsterdam.